Asian And Pacific Islander Females In The United States

Bakken and her partners were spurred to form their group based on the few resources they could find that reached out to the unique needs of the entire Asian population. “There are cultural barriers preventing people from getting the right kind of treatment,” Bakken says. “The Chinese, the older generation especially, think of cancer as a curse. They wonder ‘What did I do in a previous life?’” The group hopes to raise funds to provide services for certain populations, such as Vietnamese women, who are suffering from cervical cancer at five times the rate of Caucasian women in the U.S. Bakken envisions free cancer screenings advertised in Vietnamese newspapers and pamphlets and staffed by volunteer doctors who are both Asian and female.

Eastern medicine also embraces herbal remedies and acupuncture, so Bakken wants to institute a referral service to ensure the use of trustworthy practitioners. While the name of the group may sound exclusionary to some, Bakken insists that services like nutrition guides and care baskets will be available to all. “We won’t turn anyone away who needs help,” she says. The group’s aim is to broaden the approaches of similar charities, which tend to target narrow subsets among Asians, such as Chinese women. “We want to show sensitivity to the Asian American culture as a whole. The term ‘Asian’ gives us a bigger umbrella,” she says.

One thing that has stayed unapologetically Asian is the method by which news of the group has spread. “We started in just Sunnyvale and the South Bay, but a lot of people have jumped onboard,” Bakken says. Just as the extensive social networks in the Asian culture have brought Bakken into contact with many cancer survivors, they have also helped her and the group get their first fundraiser off the ground in mere weeks. “Fidelia’s a doctor, so she has credibility. I work in the tech industry, so I have business sense. But we have so many people who have helped us fill in the blank spots,” Bakken says. A lawyer friend helped Bakken and Butt file for nonprofit status with the state. The group’s logo was designed by a graphic designer pal of Bakken’s in New York. Her uncle did all the printing for the HATWALK’s programs and invitations for free. A charity that’s only a few months old and runs out of a home might not seem like the prime candidate to throw the party of the year, but they’re up for the challenge.

“People don’t have a lot of expectations,” she says, “but we’re going to blow them away.” Bakken’s own network is helping mightily. Reporters David Louie and Janelle Wang of ABC-7 are the emcees, thanks to a friend who works for the station in San Francisco. Her wedding reception at the Fairmont last year put her in contact with the management there, who cut her a deal on the banquet space. And the elaborately decorated hats to appear on the catwalk and later be sold were created by the many cancer survivors Bakken counts among her friends and family. “Give someone a piece of paper or a hat, and even if they say they’re not creative, you’ll be surprised by what they can do,” she says. Some of the hats bear intricate handwork or blatant goofiness Bakken was trying to figure out how to illuminate the lights on a Christmas tree-like creation.

“We wanted to honor the image of cancer, not to make people feel like it’s something to be ashamed of,” she says. All the work that has gone into the HATWALK has cemented the bond between the group’s founders, who will celebrate the first anniversary of their meeting on the night of the gala. But even with a surplus of willing participants and sponsors, Bakken still wants to expand her network more. “My goal is to recruit younger people,” she says. “We’re young and we’re learning ourselves, so there’s room for error. The Asian American kids born here can be spoiled, so I want to start them on a cause that’s close to home.”

Bakken, who originally came to the U.S. in the tech boom with plans to return to Australia, now has multiple reasons to stay. One is her husband, Greg. But another is the charitable impulse she feels every day and the names she’s added to her address book because of it. “The closest friends I’ve made since I’ve been here have been through nonprofits,” she says. Asian American Cancer Support Network. 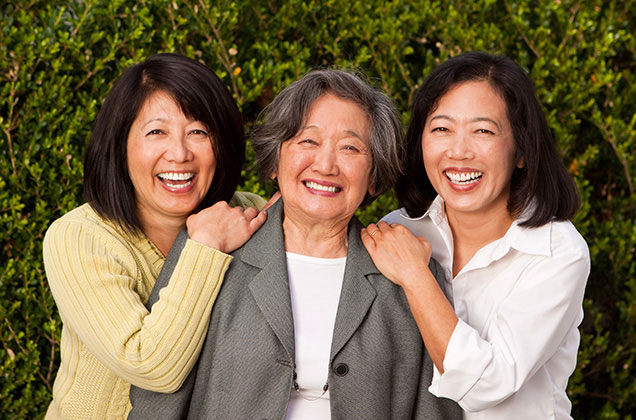